Also known as Ayers Rock, Uluru is a massive sandstone formation and a national Australian icon. Uluru is in the desert centre of Australia, but in 2016 I had an opportunity to get up close to this amazing rock and walk around its circumference.

So what led me here? In September of 2016, I did a fascinating tour through the Northern Territory of Australia. You can read more about this tour in general here. As part of this tour, we went to Uluru.

Some random facts about the place.

We woke up nice and early and went on a coach to the rock around 6am, before the sun came up. Here we noticed there were several viewing platforms, to have a good glance at the rock and see it change colour at sunrise. I didn’t realise that a rock several thousand kilometres in the middle of nowhere would attract such a crowd, yet here we are. Our bus was one of the first to arrive though, so we got premium viewing spots.

Doing the walk around the base.

After the sun rose and we got several shots in, it was time to get up close to this rock and do a walk around. We were told that we could alternatively go up the rock instead, but that it wasn’t encouraged because this rock is sacred to local Aborigines. It turned out that the summit was closed the day we arrived though, due to bad weather apparently. I could barely see a cloud in the sky, hmmm. To be honest, I didn’t mind not climbing it, I think it’s a much better experience to walk up close to this rock and see things while walking around it.

The base walk is approximately 10.6 km, and takes up to three hours to walk around. It is an easy flat walk though. The main issue is the heat. Maximum daytime temperatures can often exceed 40 degrees Celsius, so ideally you should do this walk early in the morning or late in the day. Fortunately, it was still pleasantly cool when we were walking. As an alternative to walking, I noticed several people hiring out bikes.

Up close, I was amazed at the different curves, grooves and shapes in the rock. At each turn you were seeing something different. Also, for a desert environment, there were quite a few different plants and flowers growing there. These plants adapt very well to low rainfall it would seem. 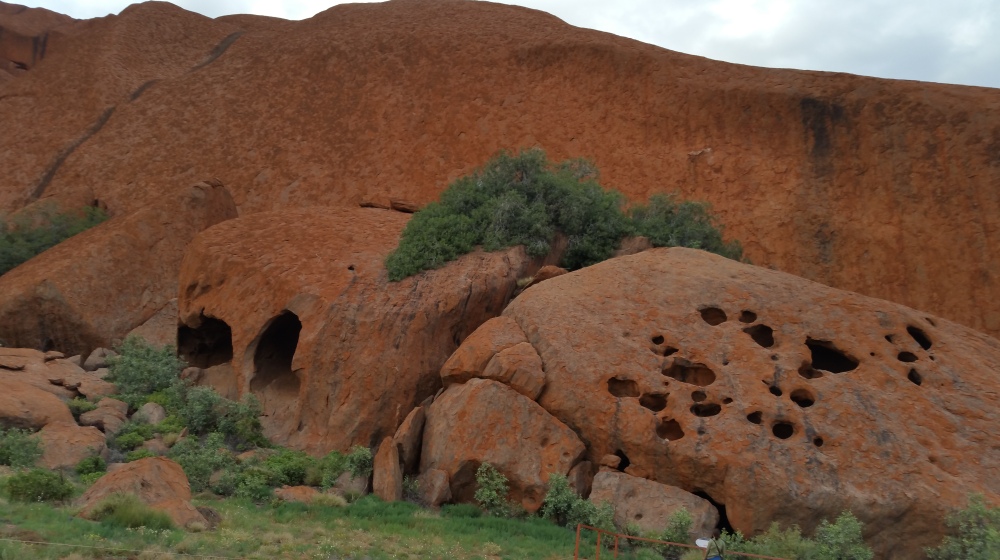 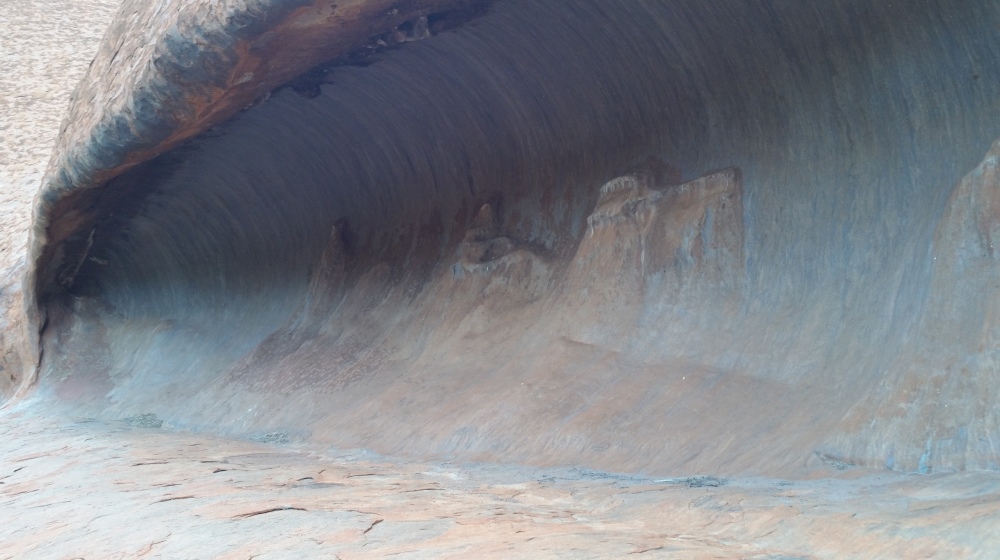 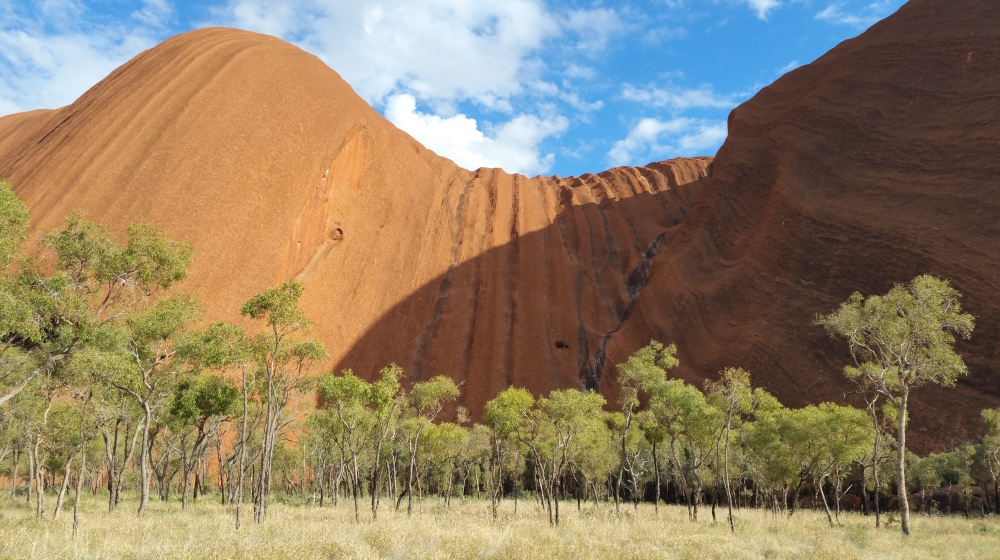 Oh yeah, as part of an optional package on this tour, you could do a flyover of Uluru and Kata Tjuta in a helicopter, which of course I did that afternoon! I didn’t get a window seat though, grrr.

Later in the day, it was time to drive to another viewing platform on the opposite side of Uluru. Here we could watch it change colours as the sun was setting, and drink copious amounts of champagne. I hadn’t eaten dinner yet, so the champagne hit me hard. I wasn’t driving so it was fine.

Uluru was an amazing rock formation that deserves the hype it gets. It was much busier there than I expected though. That’s something to keep in mind if you want to go there. Would I do this again? Heck yeah, but it probably won’t be for a very long time before I get to go there again.

4 thoughts on “Visiting Uluru: My Experience.”